Why you should have your chimney swept

Whether you have a gas appliance, open solid-fuel burning fire or a stove, you should have your chimney swept on a regular basis. This is primarily because of the important role that your chimney plays in the function of your fire. Your chimney is the means by which fresh air is drawn into your fireplace, and combustibles, smoke and particulate matter are expelled away into the open air. If your chimney is obstructed or dirty, it won’t function properly - and by extension, your fire won’t burn properly either.

Safety is also an important reason as to why you should have your chimney swept. If your chimney has a blockage such as a bird nest or has built up an excessive amount of soot or creosote then you run the risk of a chimney fire.

The latest statistics show that there are approximately 7,000 chimney fires each year in the UK. If you don’t want to be part of that statistic, make sure you have your chimney swept.

When should I have my chimney swept?

That’s the minimum. If you are regularly using your fireplace then you may need to have it swept on a more regular basis.

> Burning wood or coal on a regular basis - every quarter.

> Burning smokeless fuels - at least once a year.

> Oil or gas burning appliances - at least once a year.

Do I need to have my chimney swept if I have a chimney flue liner?

There’s an assumption that you don’t need your chimney either inspecting or sweeping if you have installed a chimney flue liner. But, this assumption is incorrect.

It’s strongly recommended that you have your chimney inspected and cleaned on a regular basis even if you have a chimney flue liner. 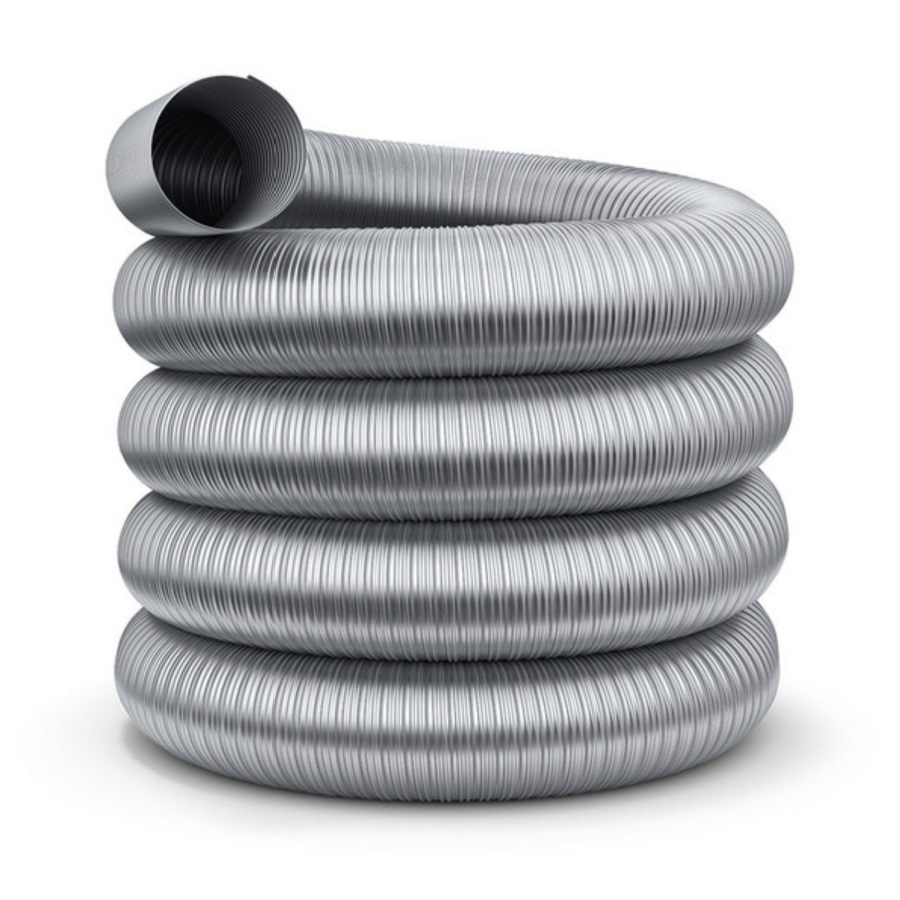 Good quality chimney flue liners have a long service life, but like any item, they are subject to degradation over time.

If you’ve just moved into a property and you’re not sure when the chimney flue liner was installed and what type of fuels were burned in the fireplace, then it’s certainly a good idea to buy and install a new liner.

The type of liner that you will require will depend on what type of fuels you’ll be burning:

> If you are going to be burning seasoned wood or using a gas appliance, then you should buy a 316 grade liner.

> If you are going to be burning coal on a regular basis, then you should buy a 904 grade liner.

Chimney flue liners are made from flexible stainless steel. The grade refers to the thickness and integrity of the steel - so it’s important that you buy the right one or you risk compromising the safety of your chimney.

You will also need to buy the correct diameter flue liner for your appliance/fireplace. Find out what size flue liner you need with our flue liner sizing guide here.

How much do chimney liners cost? 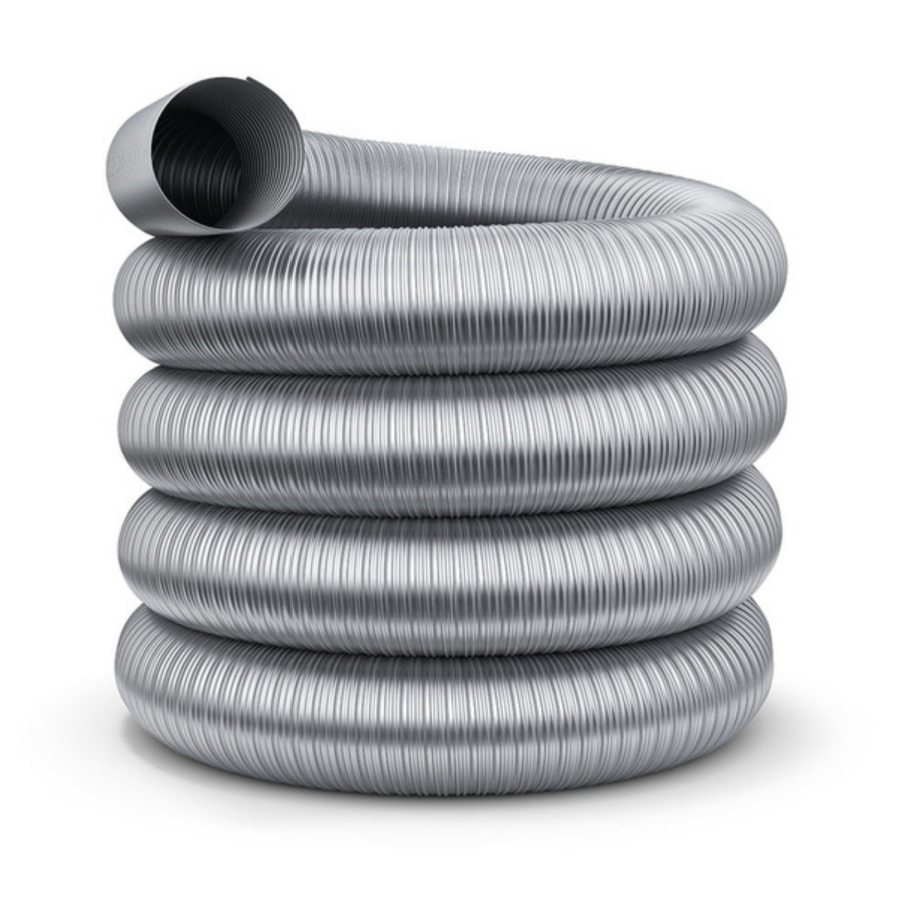 The cost of your chimney liner will depend on what type you require. 316 grade liners are generally cheaper than 904 grade liners, but don’t skimp on price. Make sure you buy the correct liner otherwise you will be putting yourself at risk.

To provide an example of what your chimney flue liner might cost, we’ve put some details below.

If you’re not sure what type or size of chimney flue liner you require, feel free to contact us and we will be happy to help.

Can I sweep my chimney myself?

If you’re looking to save money then you may be thinking about sweeping your chimney yourself.

Whilst there’s technically no reason why you can’t, chimney sweeping is a skill which is honed over time. Sweeping a chimney requires specialist tools, rods, brushes and vacuums. For a first timer, it’s safest and easier to leave it to a professional.

A trained professional will also have the experience to spot faults, cracks and other issues that an amateur would overlook.

How much does a chimney sweep cost?

The cost of a full chimney sweep will vary depending on several factors:

> The type of inspection and sweep your chimney requires.

> Whether your chimney has been cleaned recently (or neglected), or if you’re not sure when it was last cleaned.

> Where you are based in the UK.

> The time of year you want your chimney swept.

At the time of writing (May 2021), a basic chimney sweep will cost between £30 to £80. However, expect to pay more if you live in a larger city such as London where demand for chimney sweeps can be very high.

How to find a chimney sweep

If you’ve made the decision to hire the services of a professional chimney sweep, then you may be wondering where you can find one. After all, you don’t exactly see chimney sweeps dancing on rooftops ala Mary Poppins.

Well, other than Google, there are two great resources which will help put you in contact with your local sweep.

The first is a database maintained by the National Association of Chimney sweeps, which you can access here.

The second is another database, this time maintained by the Guild of Master Chimney sweeps, which you can access here.

What types of chimney sweep services are there?

To help you decide what type of sweep is right for you, we’ve listed the three main chimney sweep services below and the situations in which you might need them.

This is what most people think of when it comes to having your chimney swept. A level 1 inspection and sweep involves the chimney sweep manually inspecting your chimney, cavity and flue from the base of the fireplace. They will usually use a torch and will look for obstructions and build ups of soot and creosote.

If they decide the chimney needs cleaning, then they will use a series of rods and brushes to then thoroughly clean the chimney. If you have an appliance such as a gas or oil burner in your fireplace, the sweep will remove this first and then replace it once the inspection and sweep has been completed.

When should I have a level 1 chimney sweep and inspection?

You should have a level 1 chimney inspection and sweep if you regularly use your fireplace and are sure of how often it’s been cleaned in the past.

If you get into the habit of booking a chimney sweep on the appropriate cleaning schedule for your type of fire, as outlined above, then you can generally just have a level 1 inspection and clean each time.

There are also a number of tests that are carried out to your chimney during a level 2 inspection:

These tests aim to determine if your chimney has any structural damage that could lead to safety issues and the reduced function of your chimney.

Beyond a visual inspection, many chimney sweeps are increasingly making use of digital video technology as part of level 2 inspections. This usually involves lowering a camera which can rotate 360º down the chimney cavity.

We are increasingly seeing home insurers demanding proof of chimney inspections before agreeing to insurance or paying out claims. If you are in this position, it’s worth checking with the chimney sweep that they can provide proof of inspection before you hire them.

Following the inspection, the chimney sweep will conduct a full clean of your chimney and will also provide you with a written report detailing any recommended remediations.

When should I have a level 2 chimney sweep and inspection?

You should have a level 2 chimney inspection and sweep in the following circumstances:

> You’ve just moved into a property, you intend to use the fireplace, but you’re not sure when it was last cleaned, whether there’s any structural damage, or what kind of fuels have been burnt in the fireplace previously.

> A major change has just been made to your fireplace (or you’re planning to make a major change). 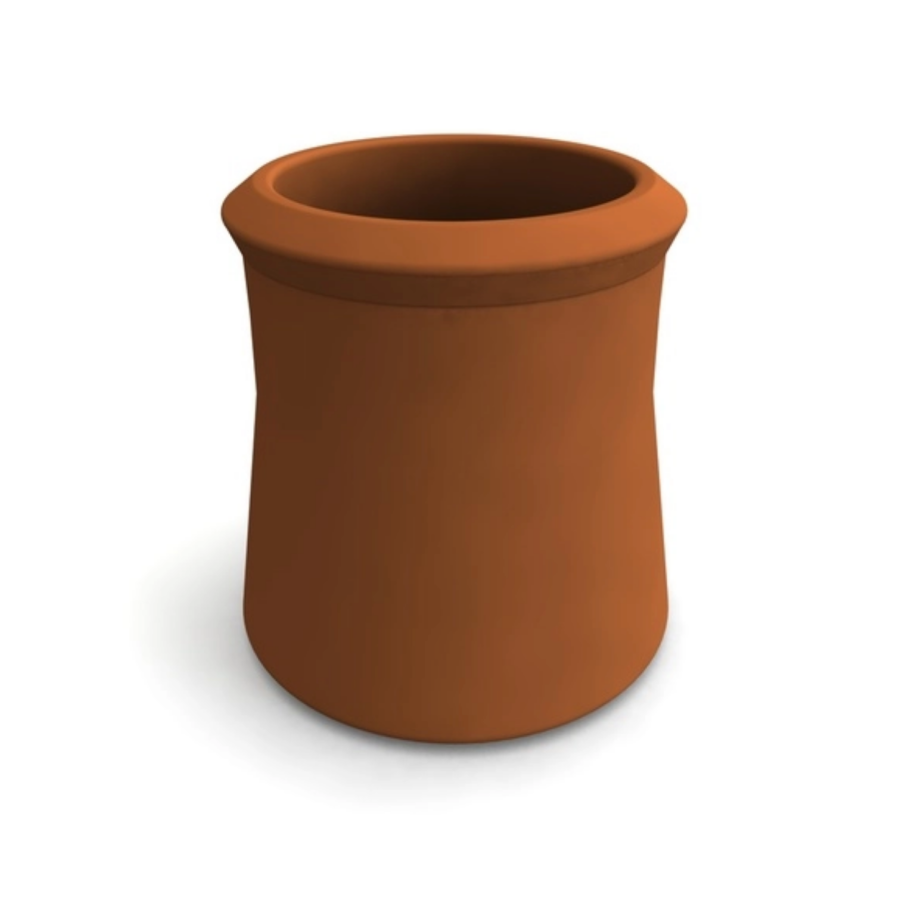 This is the biggest, most detailed form of chimney inspection and sweep. A level 3 service will see the chimney sweep actively remove parts of your chimney - anything from the chimney pot to the walls of the chimney breast - in order to inspect and repair the inside of your chimney.

When should I have a level 3 chimney inspection and sweep?

A level 3 service is normally conducted following an incident such as a chimney fire.

A chimney fire is a serious incident, so a chimney sweep will need to actively ensure that the site of the fire is safe and cleaned of any debris, hence the need to remove parts of your chimney.

We hope you’ve found this guide to chimney sweeping useful. To find more helpful information about all things chimneys, explore the rest of this blog.