The Government has committed to reducing carbon emissions across the UK to net zero by 2050. In order to achieve this, they are introducing a raft of measures - one of which is a ban on the installation of gas boilers from 2025. So, what exactly will this measure entail? How will it impact you? Find the answers to these questions and more in this blog…

The history of the UK gas boiler ban

Whilst talk of the gas boiler ban has only recently been making headlines, it’s a policy idea which has actually been hanging around for some time.

The policy was first mentioned by then-Chancellor of the Exchequer Philip Hammond as part of 2019’s Spring Statement, with him stating that:

“We will introduce a Future Homes Standard mandating the end of fossil fuel heating systems in all new homes from 2025.”

Note - whilst most of the talk about this policy refers to ‘gas’ boilers, it also applies to oil-based heating systems too (hence the Chancellor’s reference to ‘fossil fuel’ heating).

Before we continue, we want to clarify something…

If you do a bit of Googling you’ll see some conflicting dates for the introduction of the gas boiler ban.

The Government initially introduced the Futures Home Standard (which would bring in the boiler ban), and claimed that it would be coming into effect in 2025.

All good so far.

This plan stated that the ban on gas boilers in new homes would be brought forward to 2023. Naturally, this caused outrage amongst the heating industry and housebuilders alike. Even making the original 2025 deadline was going to be hard enough.

It transpires that this was all a mistake and down to a typo!

A Downing Street spokesperson told BBC News that there had been a ‘mix up’ and said that, “The Government wants to implement the measures under the Future Homes Standard in the shortest possible timeline. We’ve consulted on introducing this by 2025 and will set out further details in due course.” (Emphasis ours).

So, unless anything else changes, expect to see the gas boiler ban for new homes introduced in 2025.

What is the Future Homes Standard?

The Future Home Standard will essentially set out a series of regulations that new homes will have to adhere to.

It is expected that the Future Homes Standard will result in all new homes built from 2025 producing 75-80% less carbon emissions than homes that have been built under the current regulations.

Some of the biggest changes expected as a result of the Future Homes Standard will be to Part L (Conservation of Fuel and Power) and Part F (Ventilation) of the Building Regulations.

These changes are being carried out throughout 2021. This means that new homes built from 2022 should produce 31% less carbon emissions compared to current homes.

For the sake of this article, we’ll next take a look at the changes to Part L of the Building Regulations.

What do the 2021 changes to Part L of the Building Regulations mean?

Part L of the Building Regulations focuses on the conservation of power and fuel in new homes.

As such the Government committed to introducing changes to Part L of the Building Regulations in December 2021, to be fully enacted from June 2022. 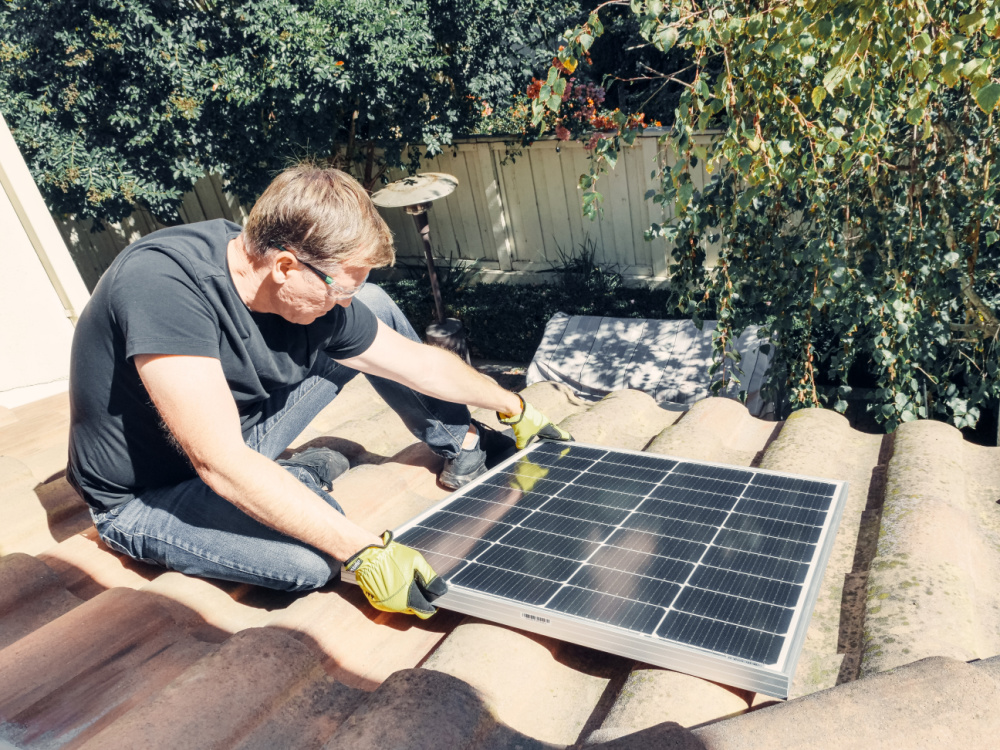 The changes to Part L of the Building Regulations have been described as ‘Fabric plus technology’.

Without getting overly technical, the new changes to Part L of the Building Regulations means that new homes planned to be built from June 2022 onwards will have to:

> Adhere to higher minimum fabric standards for the envelope (the separation of the interior and exterior of a building).

> The use of low-carbon heating technologies.

That last bullet point is particularly important. At present, builders have a limited set of low-carbon heating technologies that they can call upon for new home builds.

Whilst the Future Homes Standard talks about “heat pumps… becom(ing) the primary heating technology for new homes”, there isn’t the supply chain or enough skilled installers to make this happen at present.

So, until heat pumps can become a realistic option for new homes, it seems likely that homebuilders will be facing the following options:

> New homes will have to have Photovoltaic (PV) solar panels installed on the roof, if they want to install a gas boiler.

> If a new home does not have PV solar panels installed on the roof, then it cannot have a gas boiler.

Are gas boilers really being banned in 2025?

So, with all of the above in mind, what exactly is the situation regarding gas boilers in homes?

Under the current plans, once the Future Homes Strategy comes into effect from 2025, no new homes will be allowed to have gas boilers.

It’s important to note though that NOT ALL gas boilers are being banned at this point. Find out more about this below.

Will the gas boiler ban apply to my home?

Many people reading this may be concerned that they may be facing a huge bill to replace their existing gas boiler.

Don’t worry. The gas boiler ban only applies to new homes built after 2025.

However, it’s highly likely that we will see the Government trying to incentivise people to move away from gas boilers. So, when your current gas boiler breaks down, you may be offered a grant or other support to install a low-carbon heating system such as a ground-source or air-source heat pump or solar PV panels instead.

To some extent, this is already happening with new schemes being introduced such as the Renewable Heat Incentive. This is a government scheme which gives a quarterly payout to homeowners who switch from a gas boiler to a renewable heating system such as a biomass boiler, air to water heat pump or solar water heating.

Payments are made for seven years and are based on the amount of renewable heat generated by your heating system.

Can I still buy a gas boiler?

Yes! There’s absolutely nothing stopping you from going out and buying a gas boiler right now.

Even after 2025 it seems likely that you’ll still be able to buy a new boiler.

The ban in 2025 only applies to new homes, which will not be allowed to install a gas boiler.

At some point the Government may introduce a complete ban on ALL gas boilers - but we can’t see this happening for a long time. 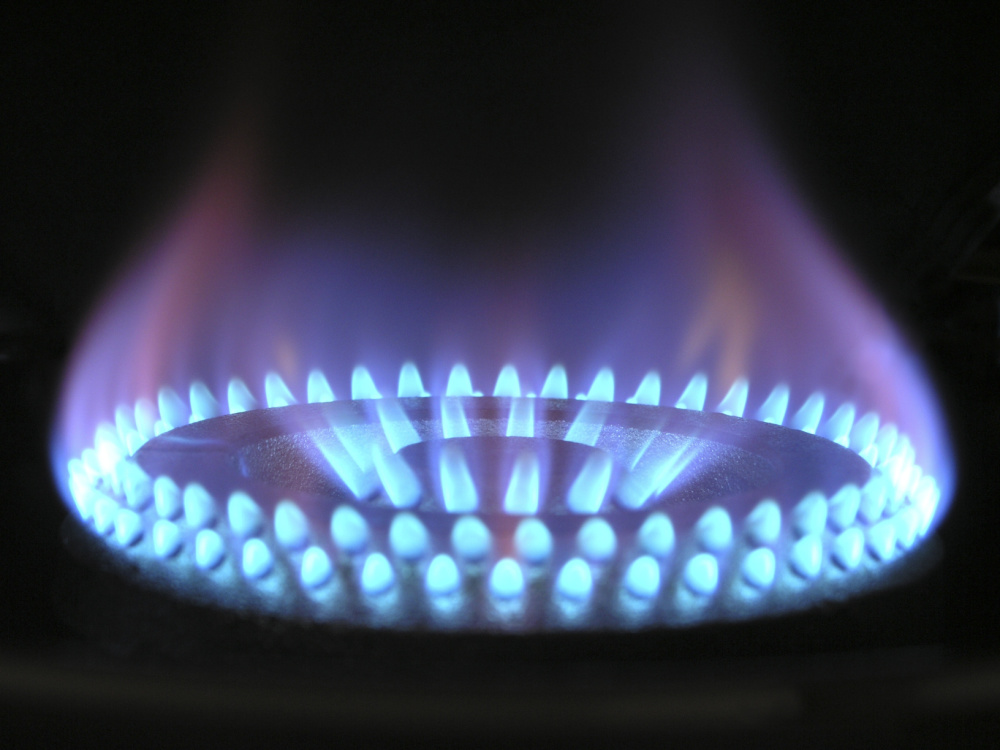 Will I be fined for having a gas boiler?

No. If you currently have a gas boiler, and still have it in 2025 and beyond, you won’t be fined.

This is a bit of a myth which has been circulating on the news and the internet - some sources have even said the fine could be as much as £10,000!

We certainly cannot see a situation arising in which you’ll be fined for owning a gas heating system. However, if this changes, we’ll be sure to let you know!

Will everyone have to install a heat pump?

Whilst the Government has set a target of installing 600,000 air -source heat pumps every year, they aren’t making it compulsory for you to install one.

According to a report in The Times (14th August 2021), Prime Minister Boris Johnson is planning to introduce a £7,000 grant to encourage homeowners to scrap their gas or oil boilers and replace them with an air-source heat pump. This plan hasn’t been confirmed, but could potentially begin as soon as Spring 2022.

The Government also has to bear in mind that heat pumps aren’t suitable for every household.

Secondly, heat pumps and their associated equipment can take up a significant amount of space - both on the inside and outside of your home - meaning they aren’t suitable for all properties.

Is this really the end for gas boilers?

Firstly, it’ll take many years, potentially even decades to phase out gas boilers. There will doubtless be many homeowners that are keen to keep their current gas boiler running for as long as possible.

Plus, there are a few other factors that go in favour of gas boilers.

Decarbonisation of the UK’s gas system

At present engineers and scientists are exploring ways of introducing hydrogen into the UK’s domestic heating system.

This would effectively make the UK’s gas system ‘greener’, as hydrogen can be produced using renewable energy such as wind and solar.

Many boiler makers are also investing heavily in research and development to see if they can make hydrogen (or hydrogen/gas hybrid) boilers.

However, these efforts are still very much in the early stages, plus it’s not entirely certain if the UK would be able to produce enough hydrogen to meet all of the demand.

The sunk cost of the UK gas network

The UK has hundreds of miles of gas pipes under the ground. It seems more than a bit senseless to simply stop using this vast infrastructure. After all, many billions of pounds have been invested in this network over decades.

If this gas network can be converted to use hydrogen (or a hydrogen/natural gas mix), this would ensure that all of this investment isn’t wasted - plus it would allow homeowners to continue to use boilers to heat their homes.

If these efforts to use hydrogen bear fruit in any significant way over the next decade, then we could well see the pendulum swing back in favour of gas boilers!

Stay up to date with the future of home heating

Here at Trade Price Flues, we are always keeping abreast of the latest news, trends and developments in home heating. We stock a huge range of heating accessories and other essentials, so if it’s time to update your home heating, explore our website!

What Different Types of Chimneys Are There? | What Is a Balanced Flue & How to Install One | Is There an Alternative to Lead Flashing?