A chimney is a chimney, right? Wrong. If you’ve only ever given chimneys a passing thought, then you’d be forgiven for thinking they’re all more or less the same. However, chimneys come in all shapes, sizes and materials. Knowing what kind of chimney you have is important - especially if you’re fitting a new flue or appliance.

Read on to find out about all the different chimney types.

What do chimneys do?

It might seem like an obvious question, but understanding exactly what chimneys do and how they do it will help you understand the different types of chimneys.

Put simply, a chimney is the means by which the smoke (and associated combustibles) from your fire or stove are expelled from your home. They’ve been around since the Tudors, when people clearly became sick and tired of sitting around in smoke filled rooms.

These early chimneys were made of wattle and daub and were both inefficient and dangerous. It wasn’t until the mid-18th century that the ‘modern’ chimney was created. You have an American Inventor and Physicist, called Benjamin Thompson to thank for it. His revolutionary design reflected heat back into the room and created an effective ‘draw’, allowing smoke to escape from the building.

How do chimneys work?

Chimneys produce an upward movement of air and smoke, this is called the ‘draft’.

The draft comes about because of the difference in temperature and density between hot gases and cold gases. As the heated gases in the chimney are lighter than the air outside of the chimney, they are drawn upwards and out into the atmosphere.

On that logic, you may assume that the taller a chimney is, the better its draft will be. But, that’s incorrect. As with many things to do with chimneys, producing the optimum draft is a balance. As you increase the height of a chimney, you also create more distance for the hot gases to travel, meaning they can cool down before they’ve left the chimney - thus, impairing the draft.

Chimneys can also be affected by something called the ‘Venturi Principle’. It works like this: when air is blown over the end of a tube, it creates a drop in pressure at the end of the tube. For chimneys, this means that wind blowing over the top of a chimney will create a drop in pressure, thus improving the draft further.

Chimney function is also influenced by the temperature of the flue. To achieve optimum performance, the flue in a chimney should maintain as high a temperature as possible. This can be influenced by flue material, the type of appliance and the fuels you are burning. 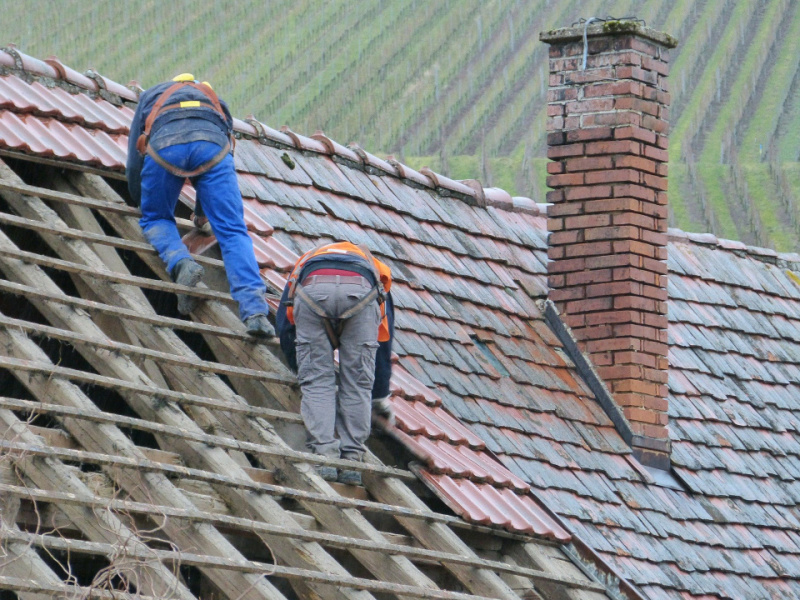 So far we’ve talked about chimneys, drafts and flues. But there are some more bits of terminology that are useful to know.

> Chimney - this is the main structure which surrounds the flue (chimneys can sometimes surround more than one flue).

> Flue - this is the passage within the chimney, the void through which smoke and combustibles are removed into the atmosphere outside.

> Flue liner - this is the material used to form the flue within the chimney. Flue liners are normally lengths of flexible stainless steel tubing (but as we’ll see there are various grades and types of flue liner).

> Chimney terminal - this is the pot, cowl or other item which sits at the very top of your chimney.

What are the different types of chimney?

When looking at the different types of chimney, it’s important to recognise that the terms chimney and flue are often used interchangeably. Certain types of chimneys will use specific types of flues. There are also instances where you can have a flue without a chimney. We’ll explain all of these different chimney/flue configurations below.

As the name suggests, traditional chimneys are the brick and mortar chimneys that are commonplace on older or period properties. The brick built stack is usually located on either an internal or external wall. Class 1 chimneys are generally used with open fires and rely on the natural circulation of air to remove smoke and combustibles.

Being older (generally from the 1960s or earlier), Class 1 chimneys are not generally sealed and will therefore require a flue liner. The type of flue liner you should use will depend on the type of appliance it is being used with.

Class 1 chimneys can be used with a wide variety of different appliances. Solid fuel, electric, gas, gel, all these types of fires and stoves will work with a Class 1 chimney. Just bear in mind that your fireplace chamber may need to be altered depending on the size and shape of your chosen appliance. 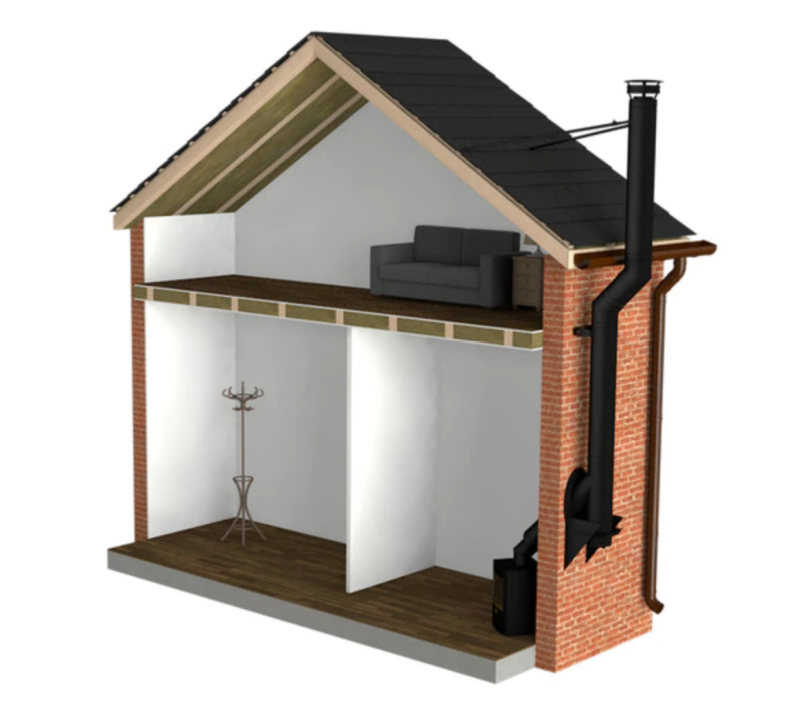 Class 2 chimneys are generally not chimneys - but, flues. Let us explain…

Some properties will have a pre-existing chimney which has then been fitted with a steel flue liner. Alternatively, the property will have a steel flue built in. These are Class 2 chimneys.

A prefabricated flue will be made up of interlocking metal flue pipes, which exit from the roof as a thin metal chimney, topped with a metal cowl.

Prefabricated flues are suitable for use with gas, electric and gel fires, however they should not be used with solid fuel appliances. However, your choice of appliance can be determined by the size of the flue. For example, if your flue is 7 inches in diameter, you’ll need a Class 1 fire. If your flue is 5 inches in diameter, then you’ll need to purchase a Class 2 fire.

A precast flue is a rectangular hollow cavity made from concrete or clay blocks, which is incorporated vertically into one of your wall cavities. Precast flues are most commonly used in new build homes and can be easily recognised by a small ridge vent on the roof.

Precast flues tend to be quite shallow. As a result, they are only compatible with Class 2 appliances.

Some properties don’t feature chimneys or built-in flues. But, that doesn’t mean you can’t have a fire. You can choose to have an electric fire (which doesn’t require any type of chimney or flue), but you can also have a gas fire using one of the following setups.

Balanced flue gas fires (also known as closed combustion gas fires) are exceptionally efficient and use two pipes to draw in fresh air and expel fumes (these pipes are often co-axial, meaning one sits within the other). As a result, balanced flue gas fires need to be located in a room with an external wall.

Powerflue gas fires (also known as fan flue or turbo flue gas fires) use a fan to expel fumes. A pipe from the rear of the appliance leads outside, so this type of fire has to be located in a room with an external wall. Due to the inclusion of a powered fan, Powerflue gas fires require an electricity supply.

Flueless gas fires burn exceptionally cleanly and efficiently with the emissions of the fire exiting from the front or top of the appliance. Although not requiring a flue, flueless gas fires nevertheless need an air vent leading from the room in which it is located to the outside.

Chimneys and flues alike are available in a wide range of materials and specifications.

As we’ve already seen, traditional Class 1 chimneys have a brick and mortar construction. Older Class 1 chimneys are often fitted with a flue liner as a means of improving the performance of the chimney.

Many newly built chimneys are being constructed with ceramic flues. Ceramic flues are highly durable and resistant against the condensation and acids often found in smoke, so they have an exceptionally long lifespan. The complexity of installing a ceramic flue means it’s generally best to do this as part of the build of a new-chimney, rather than trying to fit a ceramic flue to an existing chimney.

Prefabricated flues are most-often manufactured from stainless steel and feature preformed insulation. They are made in a factory and then assembled on-site, which is made easier thanks to a wide range of fittings such as elbows, terminals and tees. Prefabricated flues are held in place using purpose designed support brackets.

Like chimneys and flues, flue liners are available in a wide variety of materials and grades. When selecting a flue liner it’s important that you select the correct grade. Which grade is right for will depend on your appliance and the type of fuel you are burning.

If you have a gas appliance, then you will need to buy a gas flue liner. These are also known as single skin liners or 316 grade. Gas liners are typically lighter than other types of liner and are single ply. 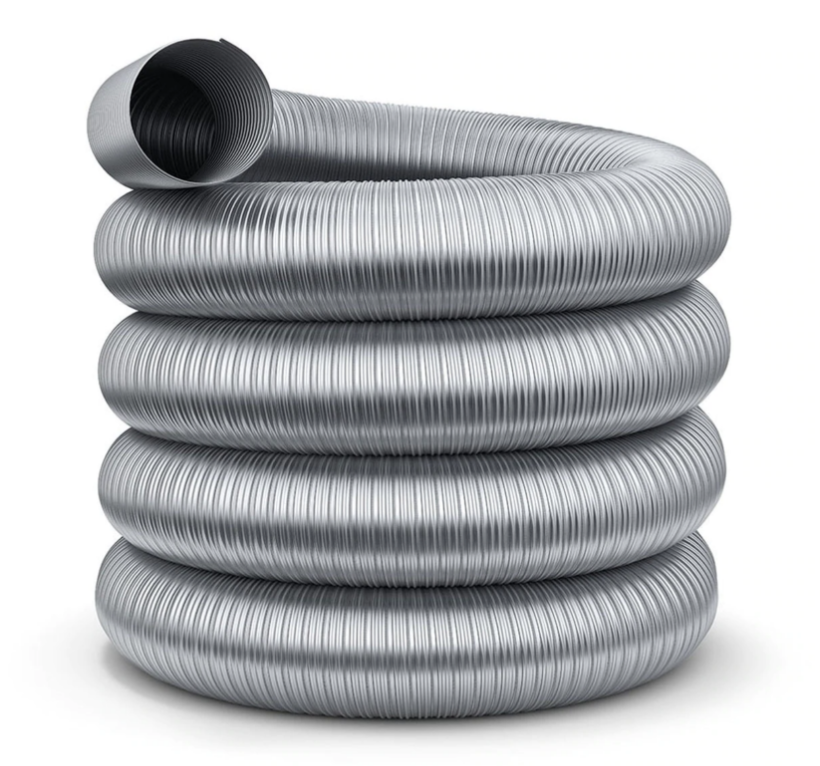 If you have an appliance which burns wood, coal or other forms of solid fuel, then you will need to buy a multi fuel flue liner. Multi fuel liners are also known as twin skin liners or 904 grade.

Solid fuels such as wood and coal burn at higher temperatures than gas and also give off more combustibles, so multi fuel flue liners are made from overlapping strips of high grade stainless steel with a twin-skin construction.

To top it off (literally), chimney cowls and pots are available in a wide array of materials. Chimney pots play an important part in the function of your chimney. They prevent your flue from becoming blocked, protect your chimney and fire/appliance from the elements and can also play a role in inducing the venturi principle that we mentioned earlier.

We hope you’ve found our guide to the various types of chimney useful.

Chimney Liner Sizing Guide | Do You Need a Chimney Cowl on Your Chimney? | How Do You Put a Flue Through a Shed or Outhouse Roof?