Why do birds nest in chimneys?

There are two main scenarios in which you’ll find birds inside your chimneys.

The first involves birds becoming trapped. You’ll often spot birds hanging around chimneys and perching on roofs. This isn’t a problem in itself. However, some species of birds are more adventurous than others and will wander inside chimneys in search of food… only to become trapped.

It’s fairly easy to tell when a bird has become trapped in your chimney. You’ll generally experience the following things:

> The sound of flapping wings emanating from the chimney breast.

> Other sounds such as rustling, chirping and scratching.

> If you have an open fire, then a trapped bird may cause soot and other debris to fall into the fireplace.

The second scenario involves birds creating a nest in your chimney. Birds generally prefer hollow trees for their nests, however chimneys can be quite inviting spaces, especially for species such as Jackdaws and Swallows.

Chimneys offer both shelter and warmth, so it’s not surprising that some birds choose to nest in them.

Note - although this article focuses on birds, squirrels can also be a common problem in chimneys. Much of the same advice and guidance applies however.

When do birds nest in chimneys?

According to government-body, Natural England, the bird nesting season here in the UK stretches from February until August. However, the busiest nesting period seems to be from March until July - although this does vary by species (the British Ornithologists Union states that there are currently 574 different species of bird in the UK).

So, during these months, pay special attention to your chimney as this is when nesting is most likely to occur.

What are the dangers of birds nesting in chimneys?

It can be tempting to dismiss the dangers of birds nesting in your chimney. After all, what harm can they do?!

Actually, they can do a lot more harm than many homeowners realise.

Even if you don’t intend to use your chimney/fireplace, you should still remove a nest if you find one. We’ve set out the reasons why below.

Bird nests can significantly impair the function of your chimney. If they are blocking the opening at the top of the chimney, then this can lead to a dangerous build up of carbon monoxide which will pose a serious hazard to you and your family.

Nests will also cause a build up of damp within your chimney, damaging the chimney lining which can eventually need replacing (this can be a costly piece of work).

Birds nesting in your chimney can also lead to your home being infested with pests such as ticks, mites and fleas. The accumulation of bird droppings from the nest can even lead to something called ‘histoplasmosis’. This is a serious respiratory disease which is spread by bird droppings. Left untreated, it can be fatal.

Finally, it’s not unheard of for birds to die whilst in their nests. If that happens in your chimney, you’ll not only experience an unpleasant stench, but your chimney may end up filled with maggots and bluebottles. 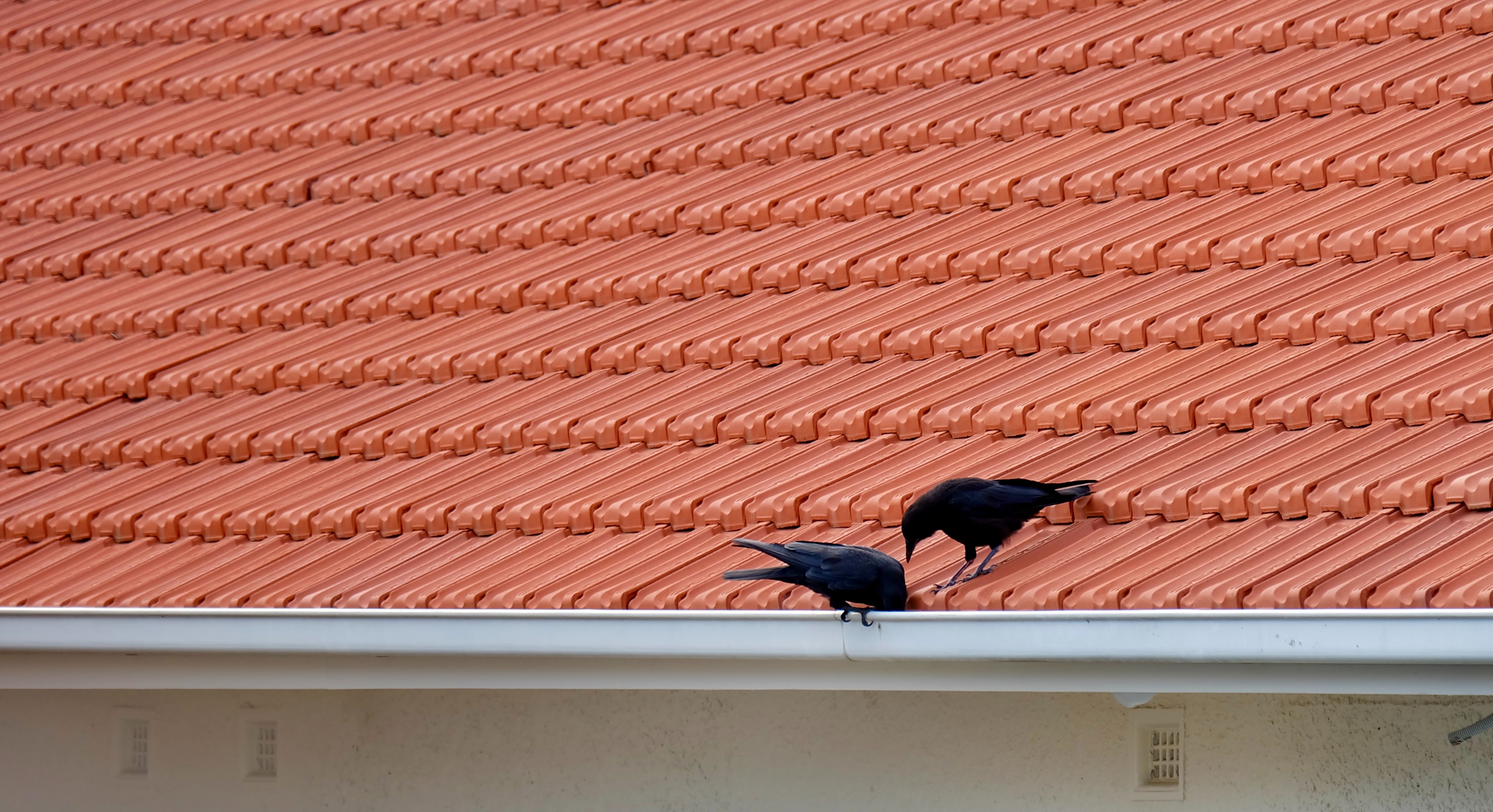 Can you remove a bird's nest from your chimney yourself?

There’s a straightforward answer to this; no. You should not attempt to remove a bird’s nest from your chimney yourself.

It may be tempting to try and ‘burn the nest out’ by lighting a fire. However, not only is this inhumane if the bird is still in the nest, but you run the risk of setting the chimney on fire or filling your house with smoke.

Not only that, but it is an offence under the UK’s Wildlife and Countryside Act 1981 to intentionally damage or destroy any active wild bird’s nest.

If you discover a nest in your chimney whilst it is active (i.e. if it is being used for nesting and rearing hatchlings), then you will have to wait until the birds have vacated the nest before taking any further action.

Once the nest has become inactive, you should call on the services of a professional chimney sweep who will be able to safely remove the nest.

What to do if a bird is trapped in your chimney

On the other hand, if a bird is trapped in your chimney, rather than nesting in it, you can take action straight away.

A word of warning though. Dealing with a trapped bird can be distressing (both for you and the bird). If you would rather not deal with the situation, call in a chimney sweep. They will be used to safely removing birds from chimneys.

However, if you want to try to remove the bird yourself, wait until night time, ensure the room at the bottom of the chimney is very dark (i.e. turn off all the lights and close the curtains), then shine a very bright torch up the chimney cavity.

The bird will think this light is ‘daylight’ and will travel towards it. Remember to suspend a sheet at the bottom of the chimney to catch the bird. Most chimneys are so narrow that birds are unable to spread their wings (the reason they become trapped in the first place).

If you discover that the bird is injured, then you should contact the RSPCA (or SSPCA in Scotland or the USPCA in Northern Ireland).

How to prevent birds from nesting in your chimney

Of course, you can avoid all of this distress and hassle by preventing birds from nesting in your chimney in the first place.

There are several ways you can stop birds from nesting in your chimney.

Have your chimney swept on a regular basis

You should be having your chimney swept on a regular basis anyway, as this keeps your chimney functioning properly and prevents the build-up of creosote, soot and other potentially dangerous combustible materials.

However, having your chimney swept on a regular basis also has the benefit of detecting bird nests.

The chimney for a solid-fuel fire should be swept at least once a year, so you should try and schedule your sweeps to take place either side of the active nesting season. That way, if any nests are detected, they can be removed whilst they are inactive.

This is easily the most effective way of preventing birds from nesting in your chimney.

If you’ve recently had a bird nest removed, you may think that the problem is sorted. Unfortunately, birds such as Jackdaws, Rooks and Starlings will try to return to the site of a nest year after year. So, the only way to prevent them from coming back and building another nest is to fit a bird guard.

The type of bird guard you will need, will depend on the type of fire or appliance you have installed in your home.

Below we’ve set out a selection of the best bird guards for UK chimneys.

The Gas Bird Guard (GBG) is designed to be used with gas fireplaces or other similar appliances. This bird guard features a wired mesh which is designed to prevent unwanted entry into your chimney system by even the smallest of UK bird species.

The Gas BIrd Guard is easily fitted atop a standard round chimney pot. 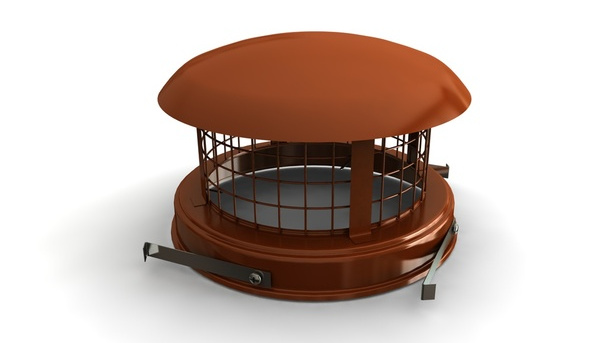 The Junior Bird Guard is designed to fit on to a chimney pot once a flexible flue liner has been fitted in place with a top plate and clamp. It features a terracotta guard which keeps out the rain, whilst the 316 grade stainless steel mesh prevents the entry of any birds to your chimney.

The Junior Bird Guard can be used with a range of different appliance types including wood, smokeless fuel, oil and gas fireplaces and stoves. 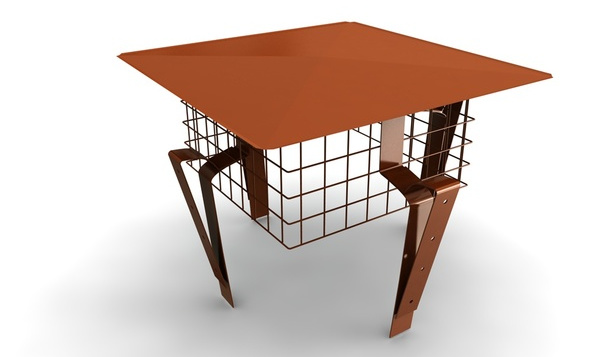 The Square Bird Guard is suitable for a wide variety of different chimney types, with a terracotta guard combined with 316 grade stainless steel mesh to keep both birds and the elements out of your chimney.

Like the Junior Bird Guard, the Square Bird Guard is suitable for use with a variety of appliances including wood, smokeless fuel, oil and gas burning stoves and fireplaces.

In addition to the bird guards above, Trade Price Flues stocks a wide range of quality chimney cowls that’ll help keep the birds at bay. Chimney cowls are far more than just an afterthought; they are a great addition for maintaining the efficiency of your stove or fireplace and remedying draft issues.

Chimney Sweeping: A Complete Guide | The Causes of Chimney Downdraft and How to Prevent It | What Different Types of Chimneys Are There?