Did you know that rain can very occasionally make its way down your chimney? It’s generally a rare occurrence, but it’s worth being aware of. With autumn here and the rainy winter season on the way, keep reading and the Trade Price Flues team will tell you how to fix the common causes of chimney leaks, and prevent rain from coming down your chimney.

How serious are chimney leaks?

As we stated at the outset of this article, a small amount of water at the base of your chimney is mainly the result of a heavy rainstorm.

However, if you’re finding water in your fireplace or chimney cavity on a regular basis, it could be the sign of a leak which will require fixing at some point.

The main point to take away, is that fixing chimney leaks is generally straightforward.

Below, the Trade Price Flues team has set out:

> The signs that tell you if your chimney is leaking or letting in rain.

> How to fix the causes of those leaks.

Read these points, and you’ll quickly understand whether you just need a rain cap for your chimney, or whether there’s another issue with your chimney that needs addressing.

It’s not always obvious if your chimney is leaking water. Sometimes the signs are clear - like finding a puddle of water in your fireplace - but other signs can be more subtle and hard to spot.

The signs to look for, include:

Below, you’ll find more information about each of these signs of a chimney leak.

This is a clear sign that there’s a problem with your chimney. If you find relatively large puddles of water in the base of your chimney, then this is a sign of damage to your chimney’s structure - beyond merely some rain getting in.

Should you find large puddles of water in the base of the chimney, we’d strongly recommend calling in a chimney sweep to conduct a thorough chimney inspection as soon as possible.

Can you hear the sound of dripping water coming from your fireplace? Then it could be a sign that your chimney is leaking and letting in the rain.

Water dripping down your chimney can also be caused by other factors, such as damage to the chimney stack or chimney flue. 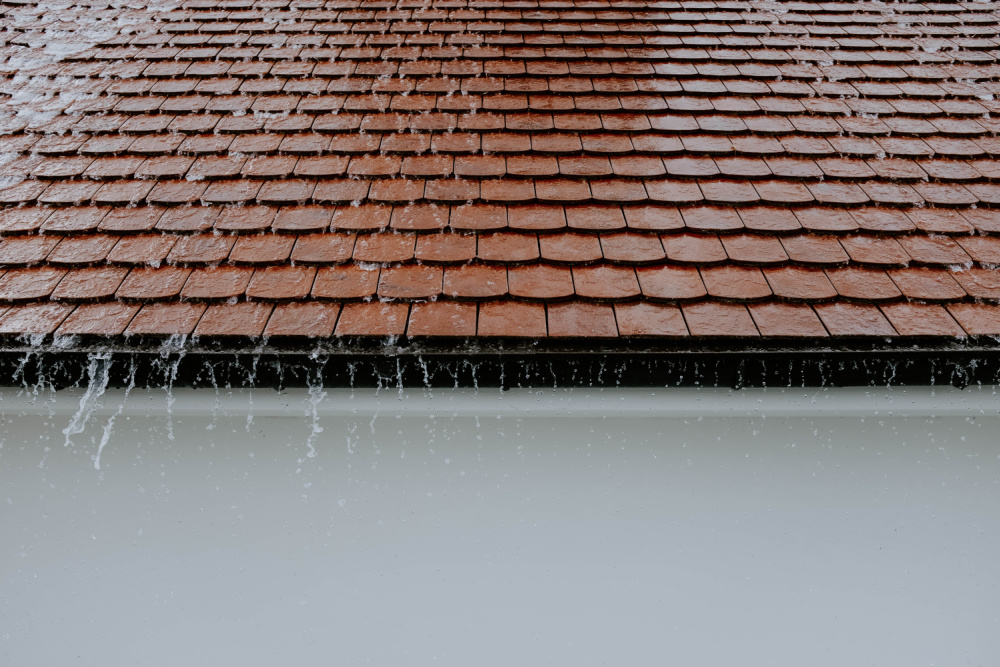 If you regularly find condensation on the inside walls of your fireplace, this could be another sign that your chimney is leaking and letting in rain water.

Should you want to find out exactly how bad the problem is, use a damp moisture meter.

This will not only provide you with an accurate reading regarding the extent of the issue, but it can help you identify which parts of your chimney are most badly affected.

The presence of lingering musty odours is a tell-tale sign that water is penetrating your chimney.

Odours are usually caused by water seeping in over time, so the culprit is likely to be damage to either the chimney stack or chimney flue liner.

Depending on the severity of the water ingress, you may sometimes find that the plaster on the chimney breast becomes stained.

So, if mysterious stains start appearing on your chimney breast, then the culprit may well be water leaking into your chimney.

How to stop rain from coming down your chimney

Okay, so if you’ve concluded that the reason for water in your chimney is the ingress of rain, then the solution is straightforward - install a chimney cowl/rain cap. If your chimney pot is missing or damaged, replacing it can also help stop rain from coming down your chimney.

The quickest, easiest, and most cost-effective way of preventing rain from coming down your chimney is to add a chimney cowl (also known as a rain cap). 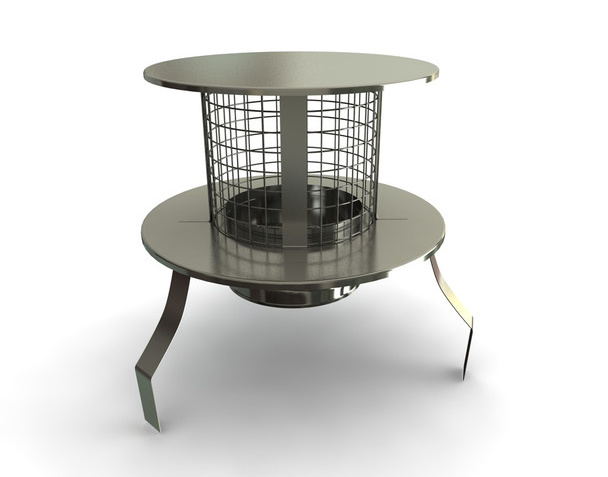 Rain caps, as their name suggests, effectively provide a mini ‘roof’ for your chimney, preventing rain from directly falling down into the chimney cavity.

Rain caps generally also have meshed sides, which can prevent birds from nesting in your chimney, and stopping leaves and twigs from getting down into the cavity.

If your chimney pot is past its sell by date (or missing completely), then replace it with a new one. 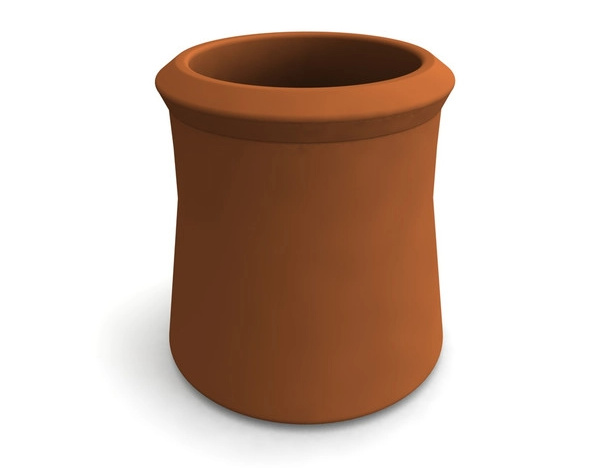 A functional chimney pot will not only improve the overall performance of your chimney and fireplace, but it’ll narrow the opening at the top of your chimney, reducing the chances of rain getting down where it shouldn’t be.

How to fix leaks in your chimney

If you’ve found that water in your fireplace/chimney is more likely to be the result of a leak, then the following solutions may help address the issue.

When the source of a leak is damage to your chimney stack, then you’ll almost certainly have to call in the builders.

Undertaking extensive remedial work to a structure like a chimney stack is serious business, so we’d recommend outsourcing this job to a trusted builder.

In the event that it’s damage to your chimney flue liner that’s causing the leak, then you’ll also have to call in the services of a builder - this is particularly true if you have an older class 1 chimney which is masonry-parged, or concrete, pumice, or clay-lined. 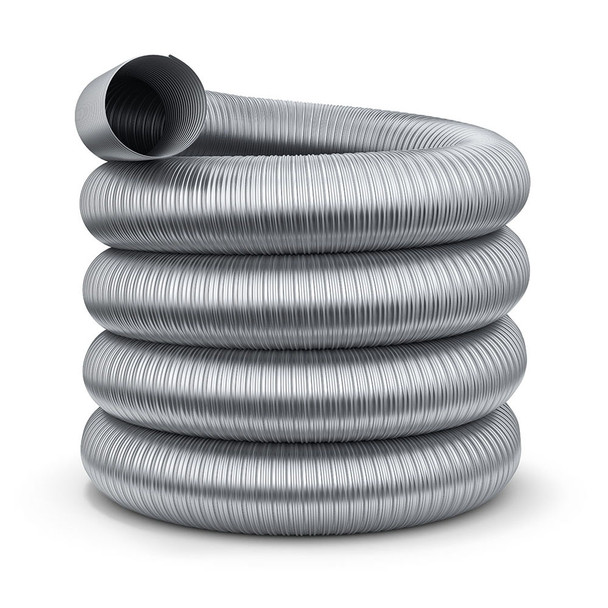 Should you be going down this route, then it’s a good idea to install a flexible steel chimney flue liner at the same time. Installing such a liner will make your chimney more effective and will also help to create a much narrower aperture for rain to get into.

Should you want to make a quick repair yourself, then it’s possible to do so using what’s called ‘flashing tape’. However, we stress that this should only ever be a temporary fix.

Make sure you follow up such temporary repairs by calling in a roofer to install some fresh flashing where your chimney meets your roof. 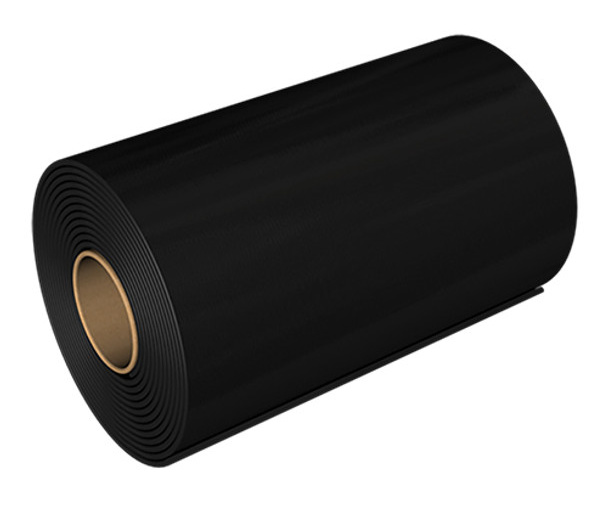 Aside from being generally good practice for your house as a whole, replacing any missing or damaged roof tiles will reduce the likelihood of water getting into your chimney.

Like many of the fixes listed here, we’d suggest getting a professional roofer to carry out this remedial work on your behalf - unless you feel technically competent, and confident enough working at height.

This is as much a preventative measure as it is a ‘fix’. Try to get into the habit of clearing out your home’s gutters on a regular basis - especially during autumn, when blockages are more likely to occur due to fallen leaves.

Do this, and you’ll reduce the chances of water building up and getting into your roof space and chimney.

How to prevent chimney leaks from reoccurring

Once you’ve managed to stop any leaks and reduced the likelihood of rain coming down your chimney, you’re going to want to prevent these things from happening again.

You can stop leaks from reoccurring by doing the following things:

> Periodically checking that your chimney pot and chimney cowl are still in place.

Do these things, and you’ll go a long way towards preventing future leaks and ensuring you have a rain free chimney and fireplace!

Trade Price Flues: your number one source for chimney parts and accessories

Is it time to give your chimney some TLC? Then Trade Price Flues is here to help!

Not only do we have one of the biggest stocks of chimney parts and accessories online, but we offer our goods at trade prices, with nationwide delivery (and, if your order is over £150 we’ll ship your items for free!).

Plus, if you have any questions about an item, our expert team will be happy to help. You can reach them on 0161 7300 969 or at: sales@tradepriceflues.co.uk.

How to Stop Birds Nesting In Your Chimney | Chimney Sweeping: A Complete Guide | Everything You Need to Know About Chimney Flashing

FREE DELIVERY WHEN YOU SPEND OVER £150 *